Call of Duty: Black Ops Cold War marks the epic return to one of the most thrilling and unforgettable video game series of all time.

The game features three modes of play: a pulse-pounding Multiplayer mode, an exciting new story in the cooperative Zombies mode, and a mind-bending single-player Campaign, all wrapped into one thematically connected entertainment experience.

With available crossplay and cross-progression features, as well as a new progression system tied between Multiplayer and Zombies, players can compete with their friends while earning the prestigious title of Prestige Master each season, no matter the platform they play on.

Black Ops Cold War is the definitive sequel to the original Black Ops game and is rated for mature audiences. 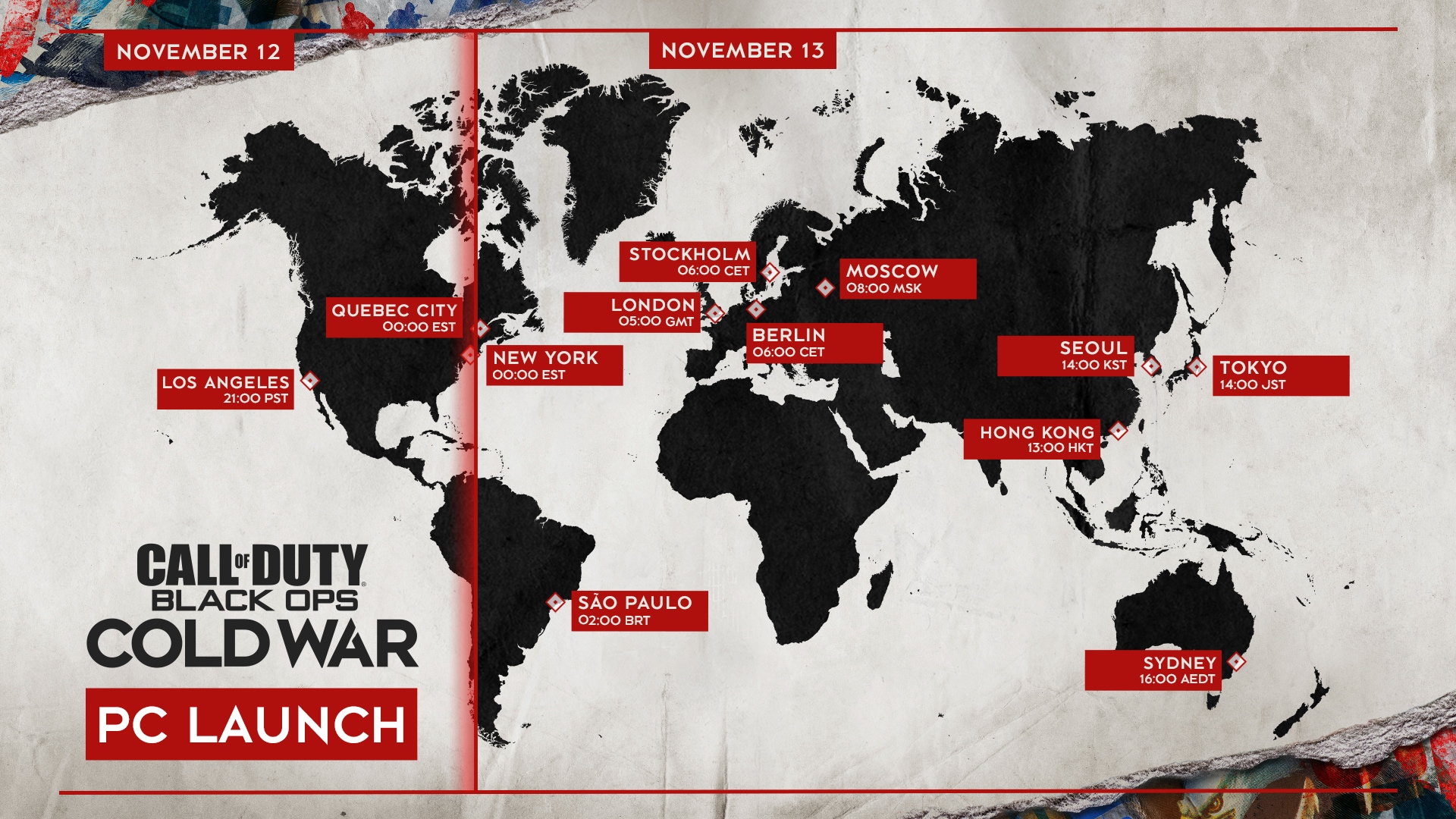 Campaign: The single-player experience of Black Ops Cold War is the direct sequel to the original Black Ops Campaign and features a mind-bending narrative that includes the return of Alex Mason, Frank Woods, and Jason Hudson. Along with playing as Mason, you create your own operative and join a CIA-led task force in finding a global threat called “Perseus,” a Soviet agent that is set to shift the balance of the Cold War after decades of dormancy. Missions within the Campaign include a variety of differing playstyles, such as close quarter, stealth, all-out warfare, and long-range combat scenarios.

Multiplayer: The signature Multiplayer experience of Call of Duty: Black Ops Cold War offers a variety of fun and competitive modes with customizable loadouts and a revamped progression system. Fight alongside and against members of the Call of Duty community in a variety of traditional Multiplayer offerings – including Team Deathmatch, Domination, Free-For-All, and more – and a variety of 6v6 objective modes, including the all-new VIP Escort and the return of Control.

Experience the thrill of 12v12 combat with vehicles in Combined Arms, or squad up with three other players for the biggest Multiplayer experience in the game: Fireteam, where 10 squads of four Operators battle for supremacy on the largest maps on offer.

Through Create-a-Class, you’ll have an ultra-customizable loadout to bring to battle, complete with a versatile Field Upgrade and a rule-breaking Wildcard to fit your playstyle. Rack up Score through eliminations and play the objective to earn Scorestreaks, powerful rewards that range from badass weaponry to controllable aerial vehicles that deliver a devastating amount of shock-and-awe to the fight.

Zombies: This co-op experience features you and up to three other Operators fending off legions of undead horrors as agents of Requiem, a CIA-backed international response team led by Grigori Weaver tasked with investigating and suppressing supernatural anomalies around the world.

While coming face-to-face with the rival Omega Group, a Soviet-led organization looking to research and potentially harness these anomalies for themselves, Requiem agents will use upgradeable Perks and an arsenal of Cold War-era weaponry against waves of the undead, as well as uncover decades-old secrets that could upend the global order.

This is also where you can play Dead Ops Arcade 3: Rise of the Mamaback, the third installment of the Black Ops series’ co-op top-down arcade shooter! Jump into a match from the Zombies menu with your team and survive as long as possible through challenging new arenas, open world spaces, bonus areas, and randomly generated dungeons.

Get a boost to your arsenal and a bit of flair for your favorite weapons by opting-in for Call of Duty e-mails.

Based on the powerful pump-action platform that can potentially one-shot enemy players, the “Battle Worn” Weapon Blueprint is pre-configured with an extended mag, stock, and grip, making it a fantastic weapon for chaotic high-volume, close-quarters fights. It also features a badass black-and-green MACV-SOG camo, complete with the group’s iconic insignia.

Get this Blueprintwhen you sign up for the latest intel drops delivered straight to your e-mail.

Click here to opt-in to these e-mails. All opt-ins will receive their reward via email after first Black Ops Cold War login.