The CR-56 AMAX is a heavy-hitting, slower firing assault rifle—like the AK-47, but with a better fire rate and mobility. 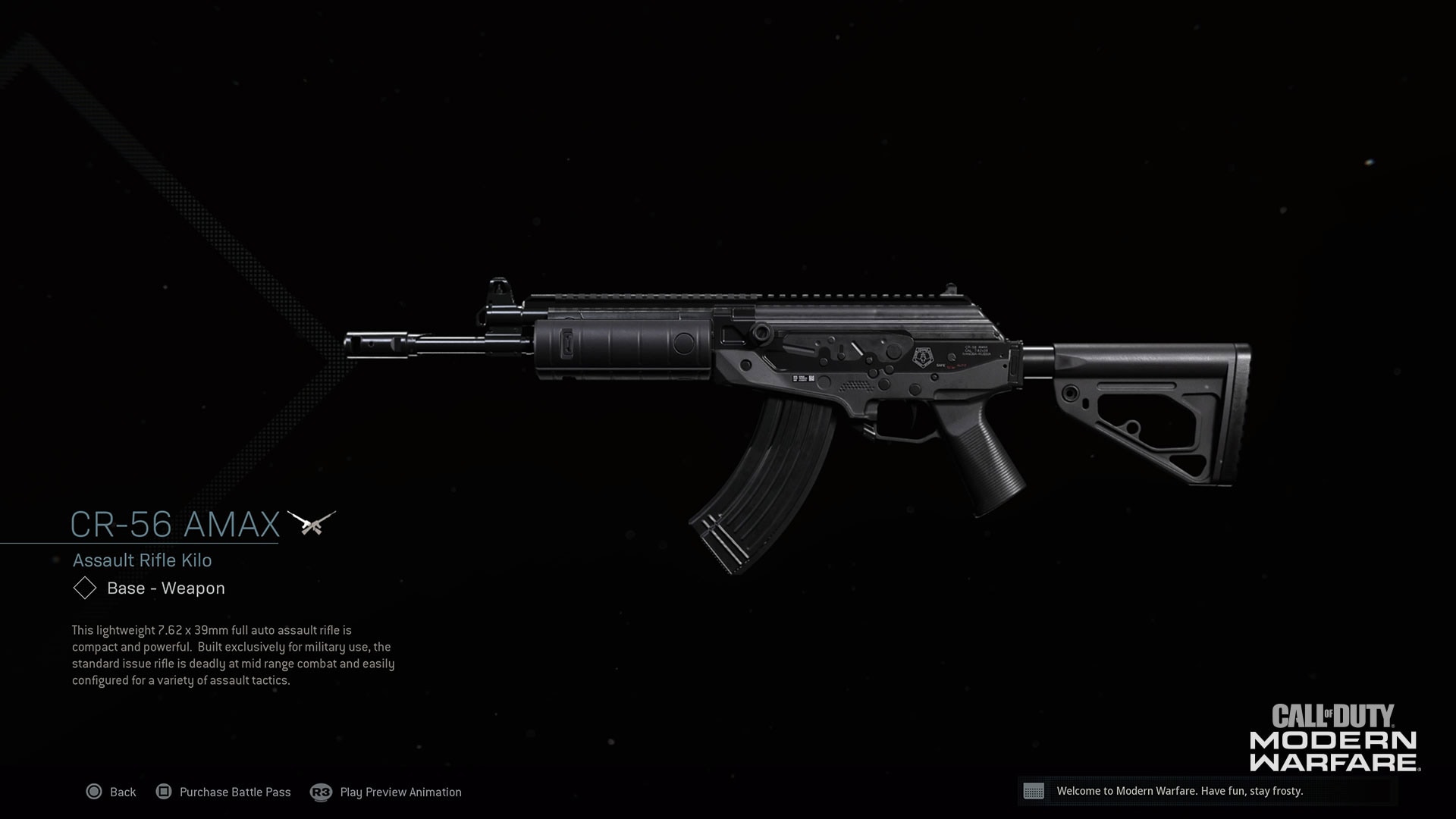 First, the weapon has six stock options, more than any other assault rifle. Feel free to configure it for better aiming stability or aim down sight (ADS) speed.

Second, the M67 10-R Mags ammo conversion kit turns this weapon into a semi-auto quasi-marksman rifle. As a result, this configuration has a one-shot kill in extreme close range, and one-shot headshots at ranges comparable to the SKS’ profile. 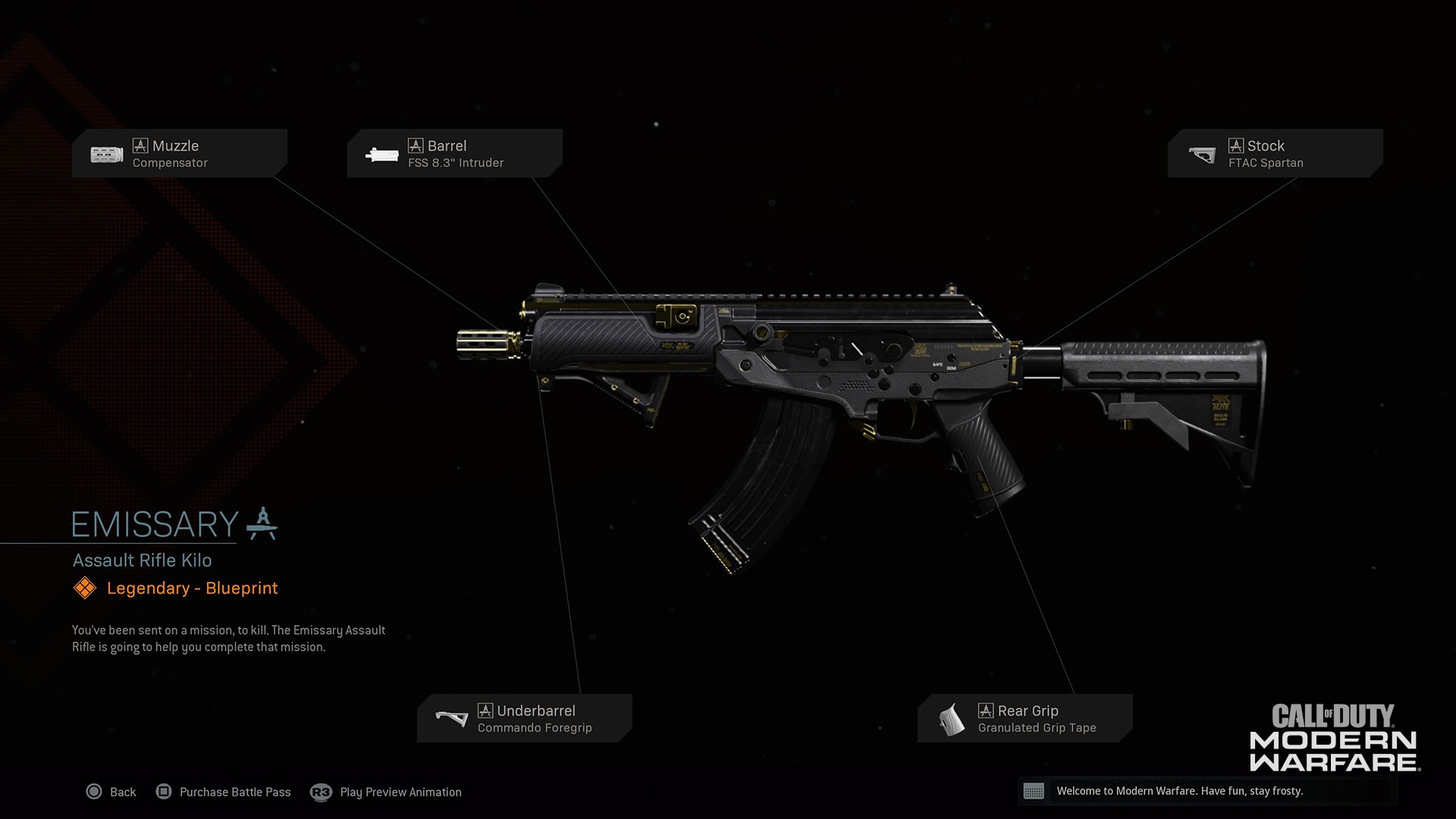 Available at Tier 100 in the Season Four Battle Pass, the Emissary combines several aiming stability and recoil control/stabilization attachments to create an accurate weapon. Additionally, the FSS 8.3” Intruder Barrel speeds up the weapons ADS and movement.

A good room-clearing strategy is to check for equipment with Spotter, disabling it with a Frag if necessary. Next, throw a Snapshot Grenade, kill identified targets with the Bloodlines shotgun, then follow up and put down other targets with the CR-56 AMAX.

Quick Fix will heal you upon a takedown, so this loadout is for going door-to-door in Verdansk or building-heavy maps in Multiplayer. 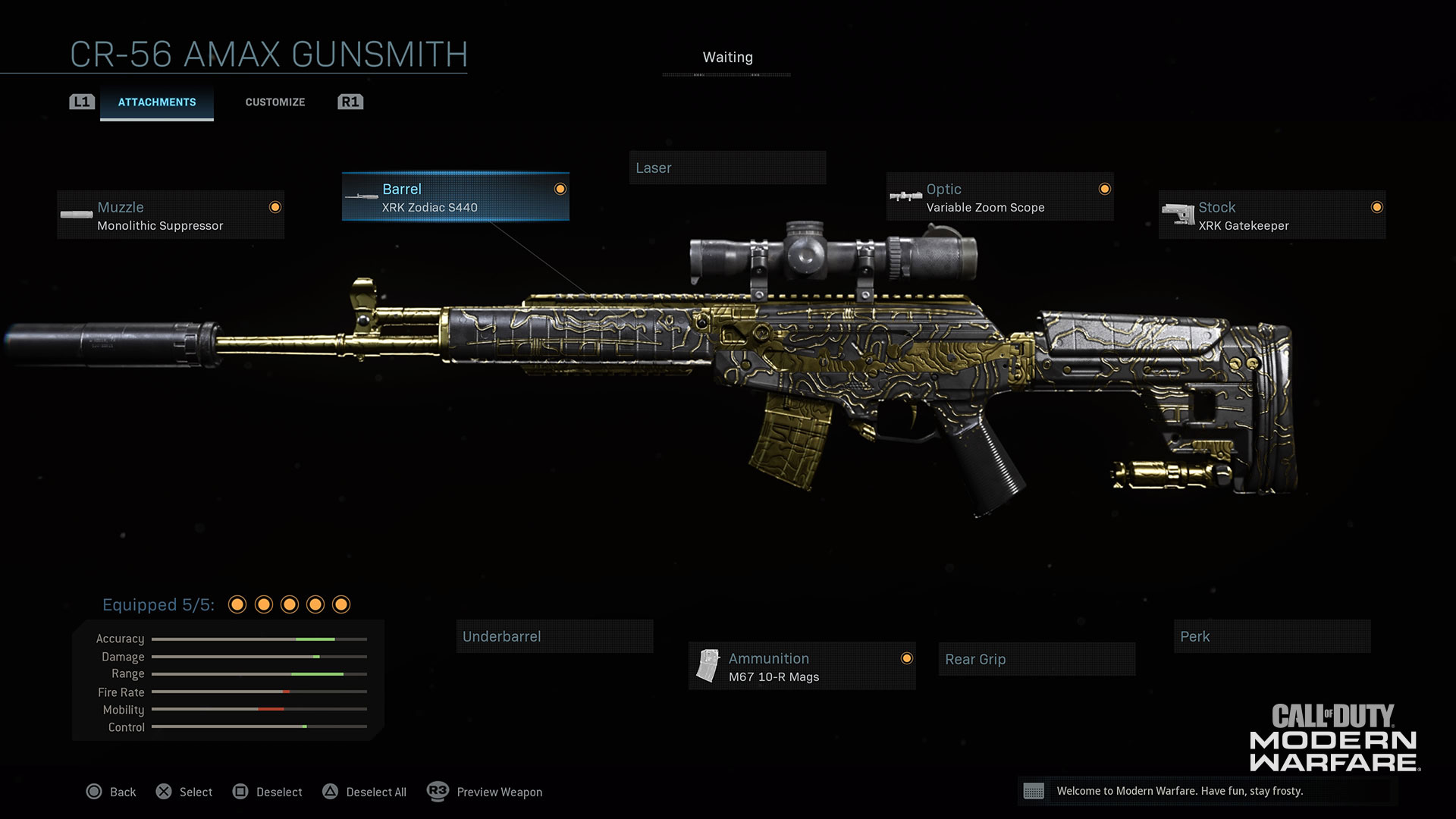 In this configuration, the CR-56 AMAX has the stats to belong in the marksman rifle class. You’ll have good aiming stability thanks to the XRK Gatekeeper stock, and you can mount to mitigate its recoil.

Consider the silenced Azure Hammer handgun blueprint paired with Cold-Blooded, Ghost, and Battle Hardened to keep you safe and stealthy.

Throw in a Proximity Mine for defense and a Decoy Grenade for distractions, and you have yourself a great stealth DMR loadout for Warzone. 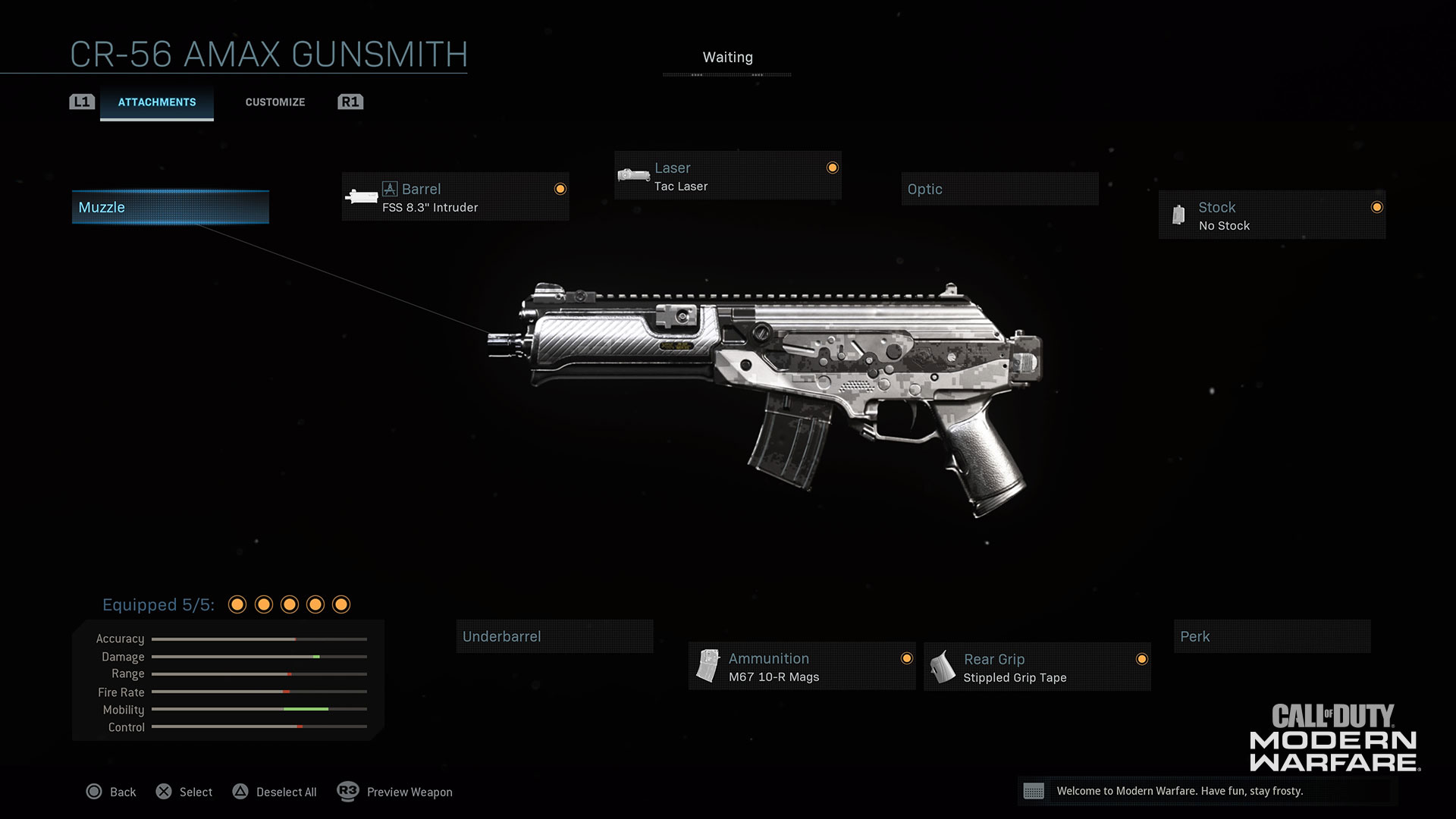 These attachments turn the CR-56 AMAX into a very small DMR with maximum movement speed.

Consider rushing in and getting the one-shot kill, then retreating. If you don’t want the Tac Laser to give you away, consider swapping it out for the scope of your choice.

The Combat Knife and Scavenger will resupply your M67 ammo, while Ghost will take you off enemy radars. For equipment, the C4 is a great aggressive tool, and using Stim will refresh Tactical Sprint and health.

These are only just a few ways to configure the CR-56 AMAX in the Gunsmith. Once you unlock it, keep levelling it up to see the near-infinite possibilities it provides for your loadouts.