Tales from the Tavern: Gaby

With more than 300 players, Masters Tour events are full of new competitors to follow. For every returning player at each event there is someone new hoping to make a name for themself, and everyone is playing for their shot at joining Hearthstone Grandmasters. There are also players who qualify for their one shot at making a name for themselves. It is this mix of players that makes the Masters Tour so exciting to watch.

Although Grandmasters also participate in the Masters Tour, I’m going to introduce you to regular players who have incredible stories you may not be familiar with, all of which you should keep an eye on. This is the third of four Tales from the Tavern explorations for Masters Tour Online: Montreal, live beginning this Friday only on YouTube.

As if there were not enough French promotions to Grandmasters in the last two seasons, the best ladder player of the year is still to qualify—and he’s French.

Gabriel “Gaby” Jeanne first played Hearthstone when he was eight years old and made it to Rank 1 Legend for the at the age of ten. He is now fourteen and has had seven top ladder finishes since September 2019. He has been almost unstoppable the last few months, gaining a reputation as the most feared ladder opponent in the game.

With the full support of his parents, Gaby started to play competitively two years ago despite being too young to compete in some events. He made a rare admission to me that he wasn’t “that good” two years ago, but he has used the time waiting to get into bigger events well, making sure he was good enough when the Masters Tour came around.

Although he failed to qualify for the first two Masters Tours, he has qualified for all five since. Notably he recorded scores of 7-2 in both Masters Tour Online: Los Angeles and Masters Tour Online: Asia-Pacific. He doesn’t believe there is much difference between ladder and tournament play other than the preparation which goes into tournaments. He tries to keep the pressure off himself by playing tournament matches the same as he does ladder.

Gaby is good and he knows it, but he knows where to draw the line. If you challenge him in a stream chat as to his ability, he’ll tell you that he is the best player—something he can provide evidence for with his ladder finishes—but he knows when to be respectful. One example of this is his Tweet during Masters Tour Online: Asia-Pacific, complimenting Raphael “Bunnyhoppor” Peltzer on his play. 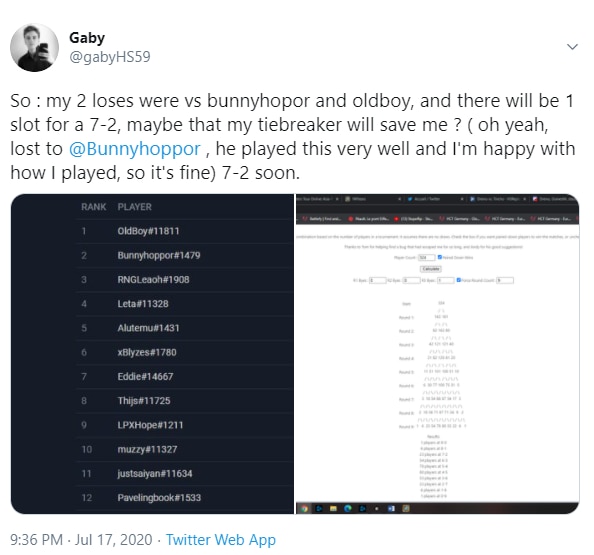 He is determined to win Masters Tour Online: Montreal and become a Grandmaster. With his track record so far and that of his fellow French players, it will surprise nobody if he achieves his goal.

Masters Tour Online: Montreal starts this weekend! The broadcast will be live on September 11 at 6:00 a.m. PDT on YouTube.com/HearthstoneEsports!

Why do Chenvaala and Kael'thas count spells differently?