So, Blizzard has recently issued heavy-handed anti-boosting measures. However, addons are still able to accept a remote /follow command from another player. This makes boosting services more attractive as boostees can then be fully AFK for a very long time. This is (or was) a common practice for boosting on Faerlina.

How this looks in practice: A booster advertises that they are doing slave pens boosts, and that they have the auto-follow weakaura. 1-4 boostees join, and then the booster shares a weakaura with them that will accept a remote /follow command. Now after they pay the booster they can just go AFK for 30 minutes, since the booster can just type a command in party chat and the boostee characters will automatically follow the booster out of an old instance ID and into a fresh one without them even being at the keyboard.

If the above doesn’t give you an idea of what this would look like, just look at the first 10 seconds of this video: 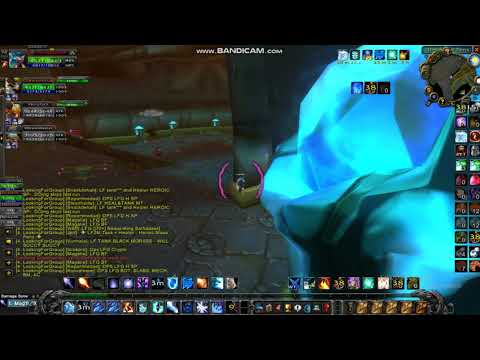 I don’t see how the ability to remotely issue a /follow command meaningfully benefits anyone except multiboxers and people selling a service that allows someone to AFK for exp/gear, and Blizzard have now shown that they don’t really appreciate either of these gameplay styles, so I’m wondering why it’s still in the game. While boosting has taken a heavy hit, there do appear to be some boosting options still available albeit not as accessible as before, so in my mind it makes sense to make whatever’s left as inconvenient as possible.

I reached out to our UI and accessibility teams and we’re investigating this.

In general, we agree that accessibility is important, but that doesn’t mean that every effort to stop automation or botting is an attack on accessibility. There are lots of game functions that the game requires a hardware event for, and it makes sense for /follow to be added to that list, based on the behavior Kruffzz suggested. We’re targeting that change for both Wrath of the Lich King Classic, and Dragonflight releases.

Before making a decisions like this we reach out to gamers with disabilities. To be clear, the change we’re planning will still allow a disabled player to follow a guide, including through the use of a Macro or UI Mod to issue the follow command. The behavior it prevents is for UI Mods to initiate a follow on their own based on receiving a message from another source, such as a message from another player.

Thanks for the suggestion, Kruffzz!

Thanks for continuing to discuss this.
We’re monitoring the thread here, and one from the author of Sayed that’s linked here.

Feedback: Upper Karazhan in Mythic Plus

To use social login you have to agree with the storage and handling of your data by this website.